No items found.
Product is not available in this quantity.

Our last shipping day before Christmas is 22nd Dec. Orders placed after that will be shipped 29th Dec. Merry Christmas!

Air polluting particles called PM2.5 are being featured in mainstream news on an almost daily basis, and for good reason: a new report from the British Lung Foundation (BLF) and Asthma UK has declared it a health emergency, claiming over six million people in the UK are at high risk of lung damage and asthma attacks because of toxic air (source). But what is PM2.5 and why is it so dangerous?

The air in UK cities is contaminated by tiny organic and inorganic particulates, most of which we can’t see. These are known as ‘Particulate Matter’ (PM), and can be extremely hazardous to our health, especially very small particles that can penetrate deep into our lungs.

Particulate matter varies greatly in size, which not only determines how it is carried in the air, but how it can be removed from it and how far it penetrates into our respiratory system.

Because of this, it helps to have a classification system for particle size, with particulate matter falling into two main groups:

The so called ‘coarse fraction’ contains larger particles ranging in size from 2.5µm to 10µm (referred to as PM2.5 and PM10) and includes materials released when fossil fuels are burned, dust from roads and industrial sources, agricultural processes, pollen grains and mould spores.

The ‘fine fraction’ contains smaller particles ranging from 0.1µm to 2.5µm (referred to as PM1.0 and PM2.5), which are mainly formed from gases. There are also ultrafine particles (up to 0.1µm) and while these are the most numerous, most of the total mass airborne particulate matter is usually made up of fine particles.

Where does particulate matter come from?

There are two sources of particulate matter in the air. Particles are either:

• emitted directly into the air, for example when fuel is burnt or when dust is released and carried by wind

• formed indirectly, such as when gaseous pollutants turn into particulate matter and are spread by the wind

Examples of this include:

Whilst we can all take precautions, if you live in a city, these sources are hard to escape.

According to The World Health Organization (WHO) outdoor air pollution – also known as ambient air pollution – in cities and rural areas is estimated to cause 4.2 million premature deaths worldwide. (2)

WHO says this reduction in life expectancy is primarily due to exposure to small particulate matter of 2.5µm or less (PM2.5), which cause cardiovascular and respiratory disease, stroke, heart disease, lung cancer, and both chronic and acute respiratory diseases, including asthma. (3)

Other research suggests that increased exposure to air pollution from particulate matter could be a factor in COVID-19 infection, as PM2.5 particulates could act as a means of transport for the SARS-CoV-2 virus. (4)

Data has also shown that areas with high PM2.5 counts also see a higher rate of severe respiratory illnesses such as Covid-19. For reference, viral particulates such as Covid-19 are in the ultrafine category, being cited as around 0.02µm to 0.05µm, and are typically carried in water droplets.

How to protect your health from particulate matter and air pollution

Supporting local initiatives such as ‘car free’ school streets and campaigns that educate people not to idle their cars (sit inside a car with the engine running unnecessarily when stationary) is a good place to start.

Wearing protective garments and masks that can filter out fine particulates when moving through traffic or polluted areas has become an increasingly common way for people to reduce their exposure to air pollution – as well as bacteria and viruses more recently – but not all masks are effective. With so many masks on the market now, it’s important to choose one with technology that is scientifically proven.

Air pollution is not just an outside problem either, PM2.5 and dust can also build up in the home, so ‘it’s important to be mindful of what’s coming in your windows too.

The WHO says policies and investments supporting cleaner transport, energy-efficient homes, power generation, industry and better municipal waste management can reduce some of the main causes of outdoor air pollution, and has guideline thresholds for harmful pollution levels. (5)

However, some researchers say that the concept of thresholds may not be useful in the case of air pollutants, because even at very low levels there are some people who are still extremely susceptible to the adverse effects of poor air quality. (6)

JOIN
Receive discounts and first access to new developments
Sign-up to receive discount codes, alerts about new protective products and priority access when stock is limited. We typically send an email once every 6 weeks.
Thank you! Your submission has been received!
Oops! Something went wrong while submitting the form.
Menu
HomeProductsAboutNanofibre TechnologyContactRespilon Group CSR ActivitiesWholesale & DistributorsTerms & Policies 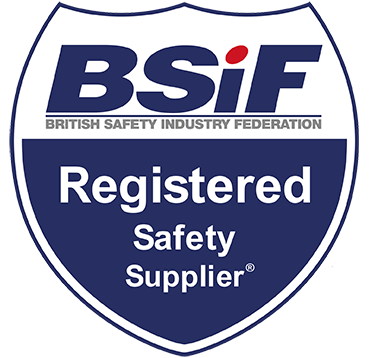